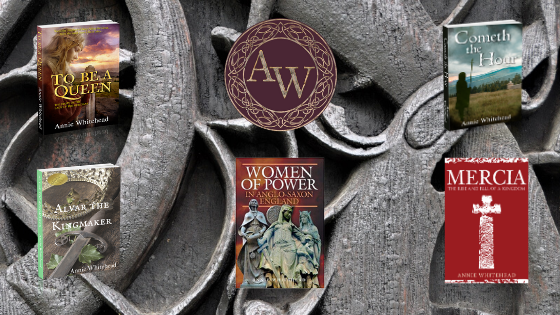 Died of Wounds? Apparently Not...

When writing my books, especially nonfiction, I have to report quite a few deaths. This was certainly true when I was writing my history of the Anglo-Saxon kingdom of Mercia.

In a book spanning five centuries, and featuring a lot of kings and noblemen fighting over countries, earldoms, and any old patch of grass, generally, it's inevitable that not many died in their beds of old age. 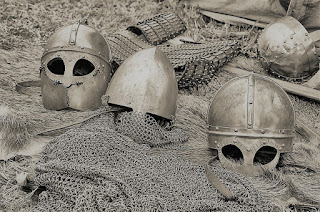 War is a bloody business. Doesn't really matter which century you pick, it's just a bloody business. With the odd exception - Henry V springs to mind - if you were wounded in battle in pre-penicillin, pre-Florence Nightingale days, that wound was going to kill you at some point, even if you managed to survive the battle itself.

So, obviously the chronicles reporting on Anglo-Saxon matters, which let's face it, were pretty much pre-everything, are going to be stuffed with detail about men dying from their wounds, aren't they?

Well, here's the thing. The answer, I've found is, 'not so much.' Just to give a few examples, working our way through the centuries:

As with most warlord kings of the period, he wasn't averse to the odd knockabout on the battlefield. Of one of his campaigns, it was reported by William of Malmesbury that, 'On he came, confident that he would make good the loss, or win a kingdom.' On that occasion he was not successful, but he didn't let that discourage him.

However, there is some dispute about his final battle. We are not told the outcome of the fighting at a place called Biedanheafde but we are told that Wulfhere died 'later that year.' It seems fairly logical to assume that he died from wounds sustained during the battle, but the sources are confused. Henry of Huntingdon said that he died of disease, while the author of the Life of St Wilfrid confessed that he did not know the cause of death. William of Malmesbury said that he died a few days after the battle. Well, this sounds more likely, except that William was referring to the previous battle, so had clearly got muddled with his dates. 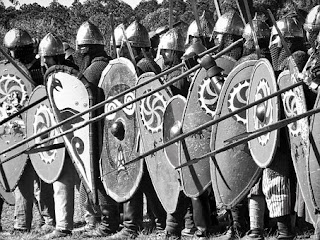 The husband of Æthelflæd, Lady of the Mercians, died in 911, and in 910 the 'Vikings' of Northumbria had broken a peace established by her brother, Edward the Elder and ravaged Mercia. According to the Chronicler Æthelweard, they crossed the River Severn at Bridgnorth and battle was joined at Tettenhall. It seems feasible that Æthelred, who died the next year, must have sustained fatal wounds during the battle.  Except, he wasn't there.

A few years earlier, Chester had been overrun by 'Vikings' and the Irish annals known as the Three Fragments record that messengers were sent to 'the king of the Saxons [Æthelred] who was in a disease and on the point of death.'

Roger of Wendover recorded that in 908, Leicester was restored by both the Lord and Lady of the Mercians, but while no other source mentions his illness, there is also no mention of his name in 909 or 910. When Edward the Elder took his forces into Northumbria - which may well have caused them to retaliate by ravaging Mercia - there is no suggestion that Æthelred was with him.

During the campaigns when Alfred the Great was still alive, and he and Edward and Æthelred were working together against the invaders, Æthelred's presence is acknowledged plenty of times. There would be no reason to exclude his name from Tettenhall, had he been there, leading to the conclusion that he was not present at the battle. 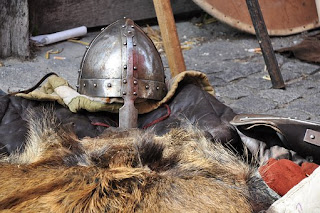 Ælfhere was an energetic figure, King Edgar's right-hand-man, and the leader of local forces of Mercia. He was involved in a number of campaigns in Wales, in alliance with Hywel ab Ieuaf of Gwynedd. In 983 the two were once again in action, when Hywel asked for assistance against Einion ab Owain, in an attempt to prevent Einion from annexing Brycheiniog and Morgannwg for the kingdom of Deheubarth. He was unsuccessful, and Ælfhere died the same year.

It would be natural to assume that the battle wounds were the cause of death. But Roger of Wendover reported that he died, ‘his whole body being eaten with worms.’ Possibly this was ergot, a common infestation in grain. However, the chroniclers were not especially fond of Ælfhere and perhaps they thought he deserved a more ignominious death. 'Died of wounds' is just not a phrase they liked to use. 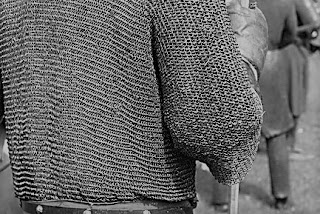 In the eleventh century, sons of kings were fighting for the throne. Edmund Ironside, son of Æthelred the Unready, was locked in a campaign against Cnut, son of Swein. In one year there were five battles, the last of which was at Assandun – most likely Ashingdon - in Essex.

The Liber Eliensis says that Edmund ‘played the part of an energetic soldier and good commander; he would have crushed all of them together, had it not been for the schemings of the treacherous Ealdorman Eadric [Streona]. And there was a massacre in that place of almost the whole array of the nobility of the English, who never received a more wounding blow in war than there.’

However,  Cnut went to Gloucester, having heard that Edmund was there, and they came to terms. Henry of Huntingdon said that Cnut cried out, ‘Bravest of youths, why should either of us risk his life for the sake of a crown? Let us be brothers by adoption, and divide the kingdom.’

Not long afterwards, Edmund conveniently died. This was not the first time that a king had expired shortly after the division of the kingdom, although it has often been stated that Edmund died of wounds. Yet this is not what the chroniclers said. The Anglo-Saxon Chronicle says only that Edmund died. Roger of Wendover claimed that it was Eadric’s son who murdered Edmund, concealing himself in the sink whilst the king was answering the call of nature, and thrusting ‘a very sharp knife into the king’s bowels, leaving the king mortally wounded.’ Henry of Huntingdon concurred.

Of course, Eadric Streona was roundly vilified by most of the sources as a turncoat and murderer. It's natural that he or his family would get the blame, but the author of the contemporary Encomium Emmæ Reginæ doesn't suggest that Edmund Ironside was killed by treachery, suggesting that the story was a later fabrication. But neither does it say that he died of wounds, only that God saw fit to remove his soul from his body after the kingdom was divided. One has to assume that he was pretty much in one piece when the division was agreed, for why else would Cnut have agreed, rather than just waiting for sepsis to kill his rival?

Divine intervention, murder, death on the battlefield, eaten by worms - all these things would kill you. But seemingly  a lingering death caused by an infected wound was just not 'a thing.'

[all of these stories and more are explored in detail in my book, Mercia: The Rise and Fall of a Kingdom, available for pre-order in its paperback edition now. The Encomium Emmæ Reginæ and the woman it was written for, Queen Emma, feature in my new book Women of Power in Anglo-Saxon England, available for pre-order now.]
Posted by Annie Whitehead at 01:14 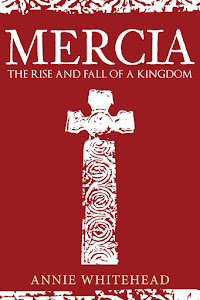