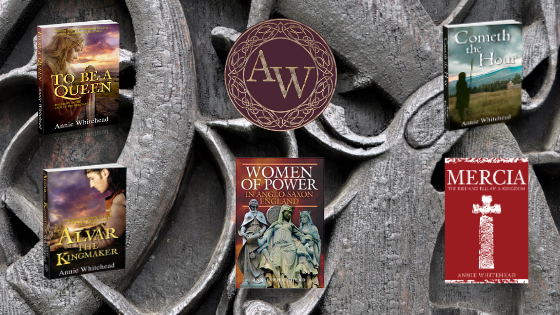 Community and Communication, Then and Now

Recently, the Strictly Come Dancing star, Kristina Rihanoff, announced her pregnancy to the whole watching world in Celebrity Big Brother. Tasteless and tawdry? Or is that a Victorian attitude, prudish in this day and age of sharing everything on social media?

For there is a very real dichotomy in our modern world of communication: these days we are physically isolated; for many there are no bus links. Many of us don't know our neighbours, we keep ourselves to ourselves, guard our privacy. And yet we broadcast our business to the world across platforms like Facebook and Twitter. The darkest excesses of such behaviour, of hiding whilst communicating openly, are manifested in the dark art of trolling.

So, what was it like in the 'olden' days? Better? Different?
Never mind announcing pregnancies - there were other taboo subjects. Parliament recently openly debated the 'tampon tax', but my mother, now in her 80s, recalls that she and her mother had to give her father 'a parcel to burn' every month. Whilst he might have known that the brown paper bag contained used sanitary products, it would never have been mentioned. She was astounded to hear of such products being openly discussed in Westminster. 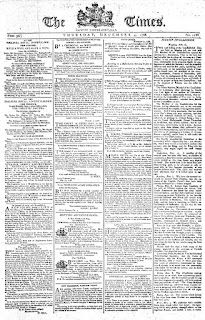 It's not just the topics under discussion which have changed, but the very nature, and speed, with which conversations could be conducted.
In Jane Austen's time you could have a letter delivered the same day. But news? It came only in the form of the newspapers, and during times of war, it would take a long time for news to filter through from the front. So the 'news' that arrived quickly, in letters, would be very up close and personal: gossip, essentially. 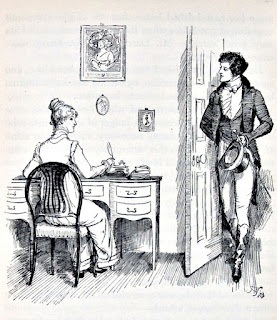 So, is facebook the modern equivalent? Do we need it in this new world of isolation? For the gossip, the mundane, the things that keep us together as a community, rather than just the world news? Don't we still need a sense of identity as being part of the herd?

To the Anglo-Saxons, the companionship of the hearth-fellows, was the lifeblood of society. To be cast out from the warmth of the hearth, was to die spiritually. To be 'Nithing', was to lose all. Do we feel that isolation now in modern society? It has been said that social media feeds insecurities if we don't have validation, in the form of 'likes' and 'shares'. That feeling of not wanting to be excluded must be universal.

But let's return, for a moment, to handwritten letters. Thank you letters (or as we used to call them, bread & butter letters) have largely died out, but the act of thanking hasn't - and it's become easier with emails.
Billets-doux, unless handed surreptitiously from desk to desk in the classroom, are harder to send with any speed, but is this any worse? The content is probably not far removed from messages sent long ago, the sentiment is the same, and it will be delivered instantly: 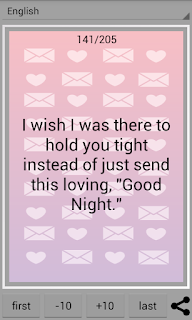 Albeit using pointy finger tips and not elegant fountain pens, actually there are probably more people writing than before. I'm currently using a platform for communication that has given voice to many people who want to scribble, rant, joke and generally communicate. 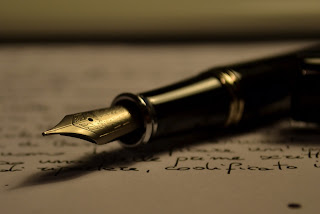 But ... "Communication has never been easier and yet it's never been so lacking in terms of quality - nobody can spell, and diction and enunciation no longer seem important." (The words of a member of my family, recently raging at the television.) It does seem that as we acquire more and more ways to communicate non-verbally, we lose essential skills. War and Peace and Happy Valley are two recent BBC dramas which were castigated because of the 'mumbling' of the actors. As a trained singer, I despair of the poor quality of diction displayed on The Voice and The X-Factor.

So have we sacrificed quality for speed? Or is modern communication just an updated version of how things used to be? Older persons might deplore 'text speak' but shorthand has long been recognised as a legitimate system for stenographers to write things down as quickly as possible.

Maybe it's a 'chicken and egg' situation. As more people use the internet, the less money will be invested in the postal services. As with all things, we lose what we don't use. And so email, text, and messenger replace the twice-daily mail delivery (oh, yes, younger readers, it really did come twice a day, even in my lifetime!)

Last week, the internet went down and suddenly I couldn't talk to anyone. The daily post doesn't arrive here until after 2pm, and most of my neighbours are out at work, or strangers, or both. When the modern world breaks, it does so spectacularly. So I did what any self-respecting Austen character would do. I read a book and waited for the news. (Hashtag Sky TV!)
Posted by Annie Whitehead at 10:13